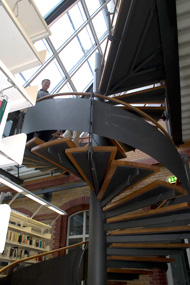 Poland is Germany’s second largest neighbor and Brandenburg’s only neighboring country. With the end of the temporary restrictions on worker freedom of movement on 1 May 2011, the last barriers of Poland’s long path into the European Union—frequently described as a “return to Europe”—were lifted. In light of this complex and long process, research on Poland is only now unobstructed. Cooperation with Poland is especially important for Brandenburg, which has given it constitutional status: twenty years ago, cross-border cooperation was given central reference (Art. 1 Para. 2) in the Brandenburg State Constitution. Concomitant with the lifting of the last restrictions on the German-Polish border, the Center for Interdisciplinary Polish Studies (ZIP) was opened at the Viadrina. Thanks to the support of the State of Brandenburg, the first interdisciplinary university research center on Poland in Germany was established.