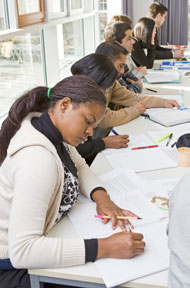 The Summer School is designed for academically driven students (we will make exceptions for serious non-student scholars of Central European studies).

During the first week, days will be dedicated to reliving the “borders of friendship.” We will travel from Frankfurt Oder to Prague, crossing the border on multiple occasions. Students will learn about the region through colloquia, films, invited regional and international guest lectures, as well as special events. The second week will be focused on Eisenhüttenstadt and Frankfurt Oder, where we will learn about the making and executing of an exhibition, also through compact seminars.

For students interested in independent study and research, we encourage you to arrive early or depart later. Słubice is conveniently located in relation to major archives in Poland and Germany.

“The Borders of Friendship. Transnational Travel in the East Bloc, 1972-1989”
June 27—July 9, 2022.
Deadline to apply:
Review of applications will begin on May 13, 2022, and will continue until all available spots have been occupied.

Sponsored by the German-Polish Research Foundation